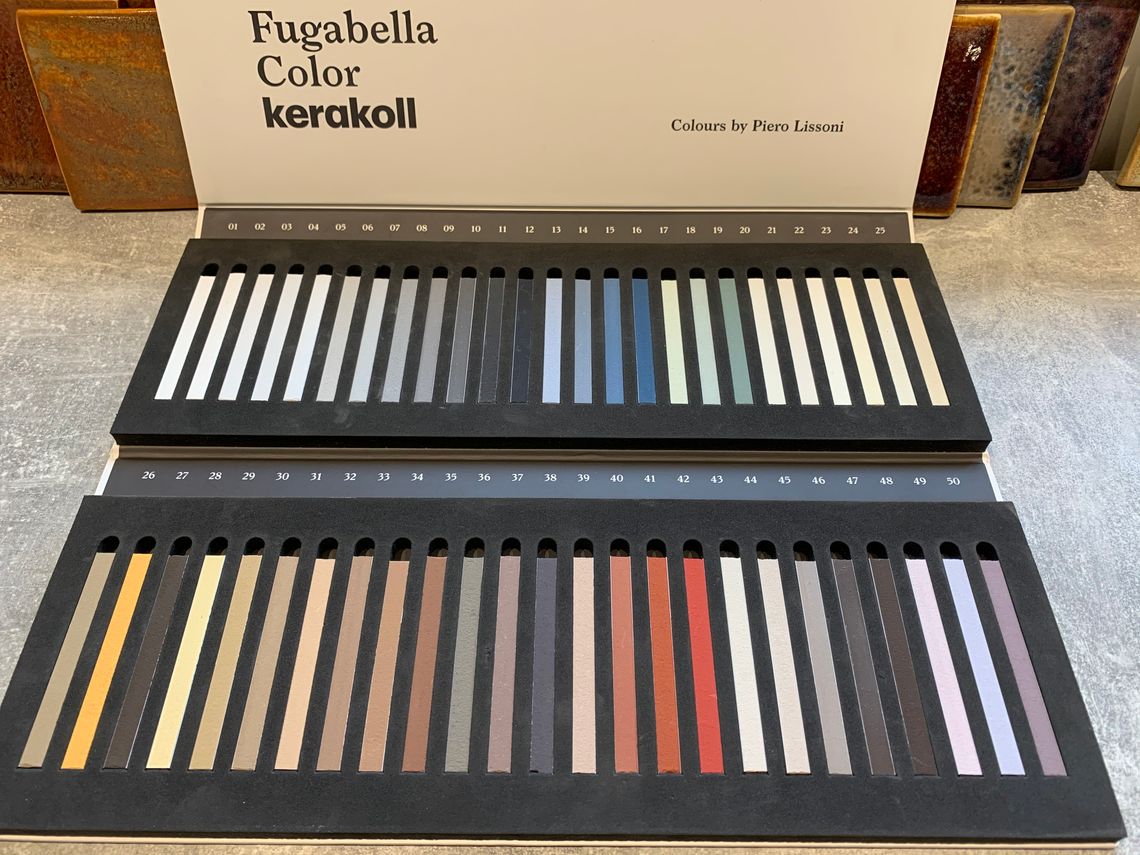 Kerakoll have always looked to use natural products wherever possible and are against the use of chemicals that cause harm to the user and end user, they actively seek to eliminate these from the production process wherever possible. They have achieved this with  Fugabella color, a resina-cemento hybrid grout range and Fugalite bio, a hypoallergenic water based resin grout. Many micro-organisms do not develop in environments with a pH value greater than 9. The pH value of cementitious grouts are indeed higher than this, unfortunately over time their pH value drops due to salinification which ultimately allows mould fungi and bacteria to grow.

There are ways of limiting the growth of such micro-organisms such as anti-mycotic and bactericide, essentially pesticides, these in turn can cause diseases and dysfunctions depending on the substances used. Some of these substances have been classified as potential carcinogens based on their toxicity and their ability to migrate and enter the atmosphere. Unlike the strict regulations regarding their use in farming, there are no such regulations regarding their use indoors which for most people is a major area of exposure.

Kerakoll (the products we use in our tiling and sell from our showroom) have, in line with their core values, found an alternative to using chemicals that is both permanent and natural, and above all else safe for the end users. They have achieved this by working with researchers in the microbiology department of the CSTB in France and have identified a way of using NHL (natural hydraulic lime) to provide a permanent resistance to the growth of bacteria and fungi.

Samples of both the grouts were tested and found to be B+ and F+ ( please see below for key) this means in essence the grout will not allow the growth of either bacteria or fungi whether the grout is clean or dirty, making it a truly natural and safe product for all, and also the environment. That's why we use these products in our installations at MTM Tiling and sell them through MTM Tile Showroom.

B-   Vulnerable material, contains nutritional substances that bacteria feed on to develop

B    Inert material on a clean support, presence of bacteria development on soiled samples

B+  Bacteriostatic material, no bacterial development on clean and soiled support

So in conclusion, the above grouts are permanently resistant to bacteria and fungi whether clean or soiled and are safer for both the user and the environment.